Why sound is so important in video and film

How important is the sound actually in films?

It is fascinating to observe that even among the professionals, the various trades follow an apparently unspoken hierarchy. The people from the picture, for example the cameraman, the stunt crew or the prop master, enjoy a higher status compared to the sound engineer on the set. Even amateurs find working on the camera more fascinating than working on the boom.

This perception does not change in postproduction either. The special FX people from the CGI and 3D sector have a better reputation than the sound engineer in the studio. In all making-of videos the work is shown on the set in front of the greenbox or on the computer in the 3D department.

Very rarely is anything reported from audio editing. So you might get the idea that the sound actually doesn’t contribute as much to the overall work as the elaborate work on the picture. A weighting of 70/30 perhaps?

If you have now come to the same conclusion, I would like to ask you the following question: “You buy CDs or streams of music without a picture, but how many films have you watched without sound?

You buy CDs or stream music without pictures, but how many movies have you watched without sound?

At the latest after this question it is clear: A film without sound simply doesn’t work. And it goes even further, the sound can replace complex film recordings and tell parts of the story.

But one after the other. When we look at the two senses in detail, we notice the following. I can close my eyes when I have had enough, or don’t want to see something. It’s a conscious decision to turn off the light in the evening and close my eyes when I want peace and quiet and go to sleep. In this way I exclude the visual stimuli of the environment. So our brain no longer has to process the visual impulses and can concentrate on other things.

It doesn’t work on our ears, I’m afraid. We cannot close our ears and “lock out” our surroundings or turn off the sound. The ears are always set to receive and so it is up to the brain to filter what is important and what is not. The brain does all the work. When my children are absorbed in the game and I call them, nothing happens at all. No twitching. No reaction.

There is plenty of literature that says that in this case you shouldn’t just call, but go up to the children and tap them to get them out of the game, then you can hear again. 🙂

This mechanism works unconsciously when hearing. Since the ears are set 100% to reception around the clock, a lot is filtered out even in adults in everyday life and only little information is allowed for conscious perception.

And this is also the magic of the sound, which is used in the film and opens a complete channel to the viewer, in which you can “cheat” something. 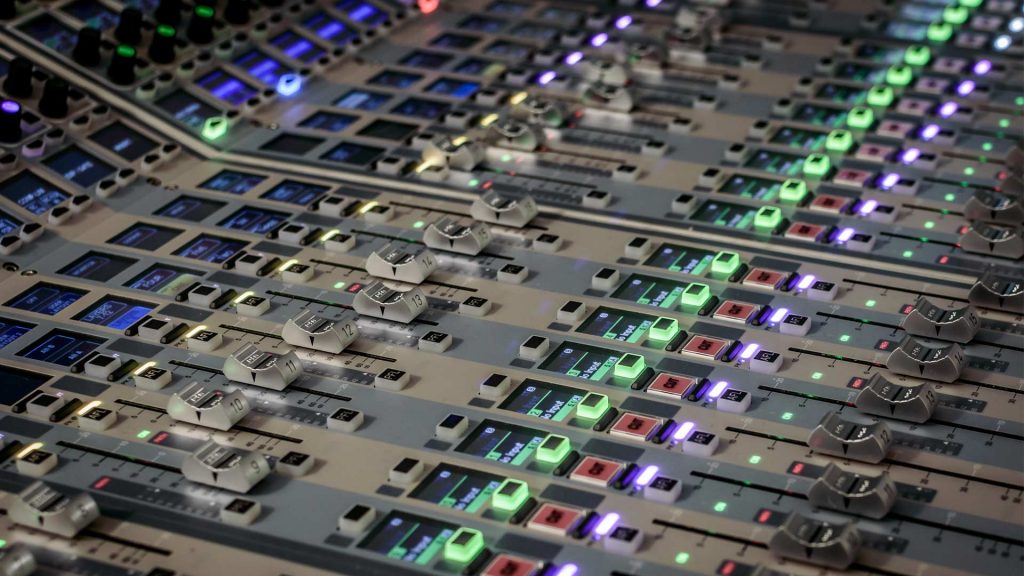 Imagine you want to produce a science fiction feature film and don’t have the budget to animate elaborate alien monsters in 3D and put them into the picture. Then they can simply tell the creatures on the soundtrack. An example:

Scene: Dusk, forest, the protagonist and his heroine flee from an unknown threat.

Implementation with 3D animation:
We see the actors in the forest, they stand on the spot and look around. Between the trees we see something scurrying by. A (3D-animated) alien near the frightened faces. Now we see how the branches of a tree are bent away by a hand with long fingers and an alien foot steps out of the thicket towards the protagonists. The protagonists run away.

Implementation without 3D animation, only with sound:
We see the actors in the forest, they stand on the spot and look around. We hear a rustling of the trees and animal-like sounds from the thicket. Near the frightened faces. Now we see how the branches move. We hear a loud bursting of the branches and stomp on the ground. The protagonists run away.

This example scene works just as well or maybe even better? Why? Because the viewer in the pure sound version puts his own fantasy and fears into the film. In the variant with animation the picture is given, and it can happen that the viewer doesn’t find exactly this alien creepy.

A good example of such a situation is the film “Monsters”.

Generating monsters with sound and sound design in the viewer’s mind is a great tool for feature films. But does that also work for corporate films?

Yes, and very well. The emotions generated are not so drastic, but they are decisive for the mood and the message that is to be conveyed. No corporate film can do without music.

The art of B2B communication and corporate film is to convey a feeling and a mood with music and sound without drawing the viewer’s direct attention to it. So we use the unconscious channel to reach the viewer and give him further information.

In order to achieve this, it is important to compose or select the music in such a way that the desired mood is created, but at the same time not too catchy a melody or instrumentation is selected, so that the music does not distract from the spoken content – just only plays a supporting role.

But the sound quality itself also triggers an image in the viewer. Let’s take a completely normal statement.

In today’s world there is a lot of short-term action and so it happens that something is quickly recorded internally with the iPhone, for example, a short speech for the colleagues in the DACH region. The picture usually looks fine, too, if some basic things have been taken into account. But what is often underestimated is the sound. The built-in microphone in the telephone also records the entire surround sound, and whatever other ambient noises happen, at a distance of 2 metres from the person speaking. The built-in audio filters, which make sense when telephoning with the device close to your mouth, don’t really help at a distance.

The result is a video statement that may look good, but still looks very professional and communicates an image of your company that you don’t want.

I have been working with audio, sound and film for more than 20 years and still find that even professionals misjudge the power of image and audio. I would say 40/60 is the right ratio for audio. Be sure to plan for proper audio recording and editing in your production. 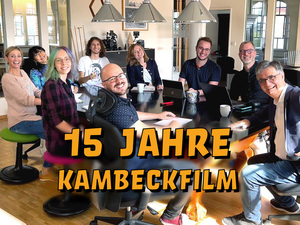 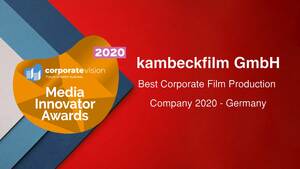 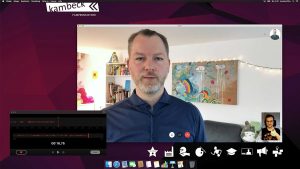 Contactless from the home office 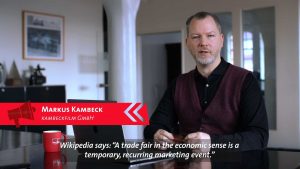 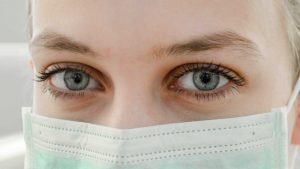 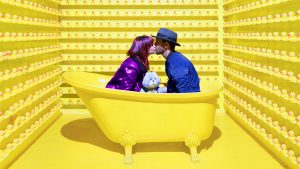